﻿WARNING: Some of the images and/or language displayed on this website may be disturbing or offensive to some viewers. Hyperlinked text leads to images or articles that may also be disturbing. If you find you need to speak to someone, click here. If you need a quick exit, click here.
What is rape culture? 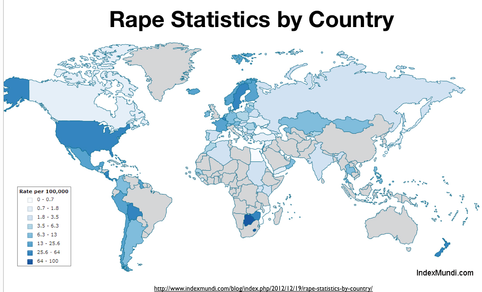 Rape culture affects men along with women. Rape culture creates a connotation of weakness associated with men getting sexually assaulted. 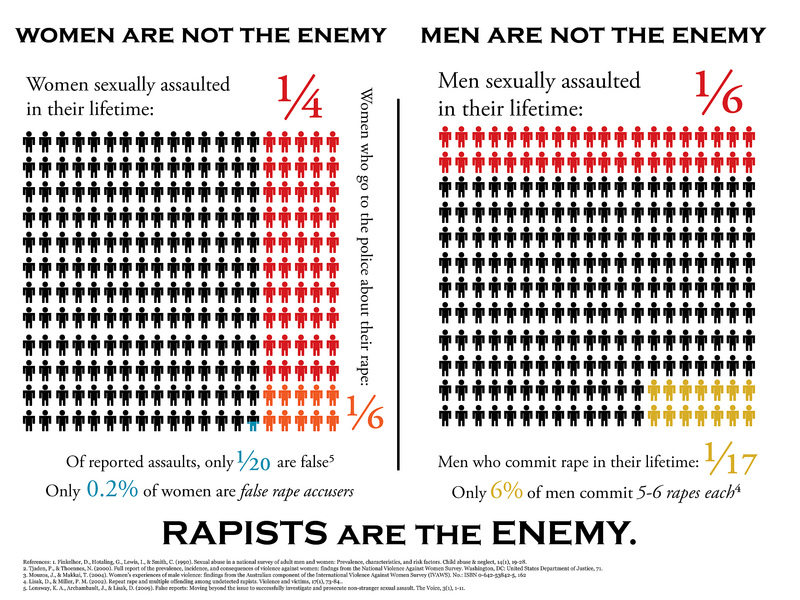 Sources for above graphic

What is a rape culture?

According to Emilie Buchwald, the author of Transforming a Rape Culture[1], it is “a complex set of beliefs that encourage male sexual aggression and supports violence against women. It is a society where violence is seen as sexy and sexuality as violent. In a rape culture women perceive a continuum of threatened violence that ranges from sexual remarks to … rape itself. A rape culture condones physical and emotional terrorism against women as the norm. In a rape culture, both men and women assume that sexual violence is a fact of life.”  Rape culture comprises of the images, language, jokes, laws, tv, movies, advertising and other words and imagery that normalize sexual coercion and violence against women; the constituent elements of rape culture ar﻿e those things that we are exposed to every day that make rape seem normal. Rape culture normalizes the idea that men are unable to control themselv﻿es and that women may be "asking for" rape. Rape culture can be seen in a blatant or passive manner in society.

Rape is a prevailing problem in the United States, especially among young women attending college. The risk of being raped increases by a factor of four for a women attending college. The United States displays one of the highest rates of rapes out of all developed nations. Despite the sheer amount of rape and victims in the United States, the victims that do report their rape are very unlikely to see the perpetrator serve any time in prison at all. Victims are frequently blamed for being raped, while men are generally seen as uncontrollably impulsive. Many times, cases covered in the media defend the perpetrators outright, ignore the issue entirely or cast doubt upon the victim's report. In cases involving fraternities or athletes, the institution involved may protect the perpetrators, as in the University of Virginia. This case also demonstrates the pressure facing victims regarding reporting the crime. Rape culture allows for remarks blaming women for their rape to be made on national news, as with Don Lemon and his advice to the victim in the Bill Cosby allegations. Our goal is to present this information and a possible reason for the prevalence of rape: the existence of a rape culture.
Transforming a Rape Culture (citation) 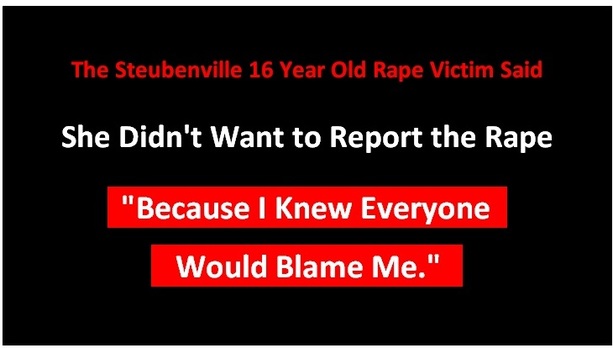